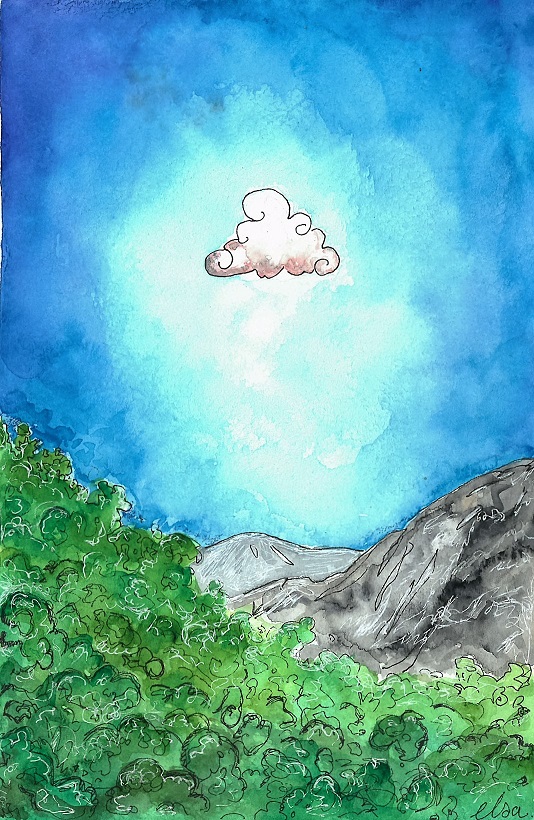 The drawing above has been inspired from the picture below which has been taken by D.Petitpierre at the request of M. 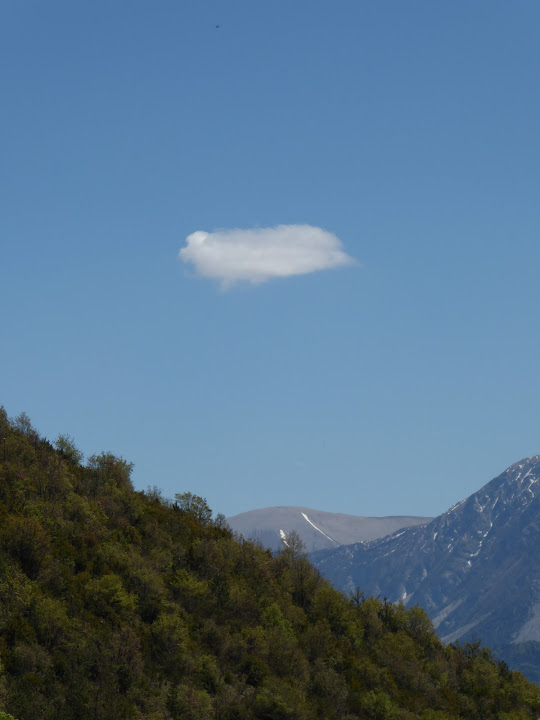 It is true that it looks like an Haïku

“Haiku (俳句) is a very short form of Japanese poetry. It is typically characterised by three qualities:

An old silent pond…
A frog jumps into the pond,
splash! Silence again.

In the twilight rain
these brilliant-hued hibiscus –
A lovely sunset

– Jesus James Llorico
If you can come up with an Haiku that includes the words cloud, mountain and forest (or trees), or sky or blue sky..
that would be great!
Here are some of the rules if you want to take on this exercise 🙂
Don’t forget that Haiku is about celebrating the nature.
Here is mine :

It is not very clear but it is the cloud which is flying. Not the forest. At first I put hanging but I prefer flying, even though the cloud looks motionless.
Anyway, it is late and I still have a game to design for tomorrow (again a game!) and a research paper about Chaos Theory (Oh dear).
In short, this is not quite the right time for me de jouer à la poète maudite.
Cheeers!

One thought on “Pictural Haïku”